What Is Tea Leaf

Tea, commonly known as tea, generally includes the leaves and buds of the tea tree.

[1] Also known as tea, Ming, chuǎn (chuǎn).
[2] Tea ingredients include catechins, cholestenone, caffeine, inositol, folic acid, and pantothenic acid, which are good for health.
Tea beverages made from tea leaves are one of the three largest beverages in the world.
Tea originated in China, and tea was first used as a sacrifice.
However, it has been used as a vegetable food from the late Spring and Autumn Period, and developed into medicinal use in the middle of the Western Han Dynasty, and then developed into the court premium beverage in the late Western Han Dynasty. Popularization of the people as an ordinary beverage was a matter after the Western Jin Dynasty.
The earliest relics of artificial tea planting were found at the Tianluoshan site in Yuyao, Zhejiang, with a history of more than 6,000 years.
BLACK TEA
GREEN TEA
OOLONG TEA

Tea drinking began in China. The leaves are leathery, oblong or elliptical, and can be drunk directly in boiling water.
They are divided into six categories according to the variety, production method and product shape.
According to the season, it can be divided into spring tea, summer tea, autumn tea and winter tea. All kinds of wool tea or refined tea are reprocessed to form additional tea, including scented tea, pressed tea, extracted tea, medicinal health tea, tea food, tea-containing beverages, etc. 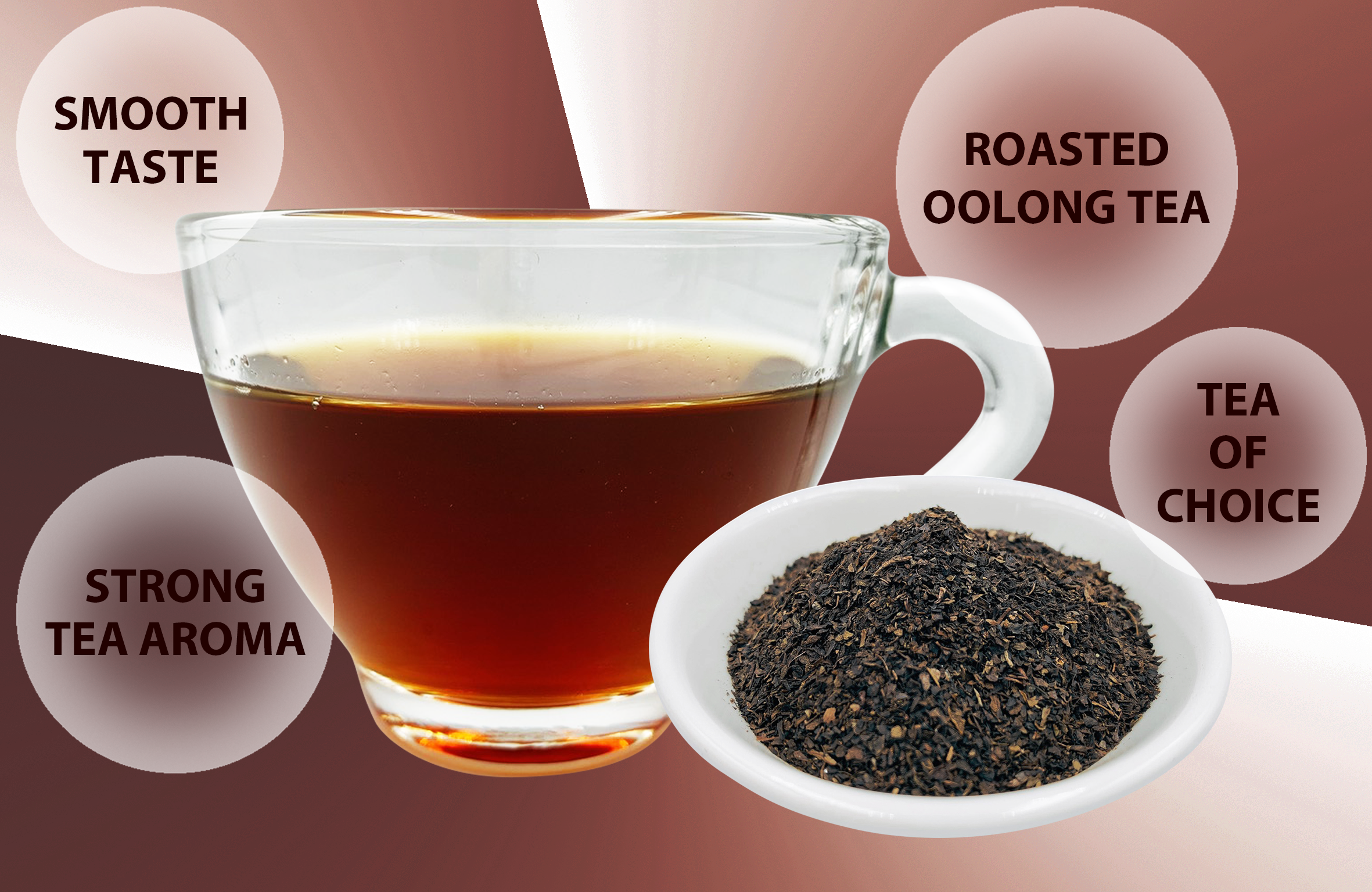