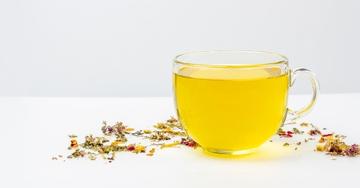 A dozen Taiwanese tea farmers have been granted the 2021 Superior Taste Awards by the Belgium-based International Taste Institute (ITI, formerly ITQI) for their high-quality products.
In the latest edition of the Superior Taste Awards for the best consumer food and drink products, Taiwanese tea was recognized by a jury of over 200 Michelin chefs and prestigious sommeliers from different countries. The 12 Taiwanese tea products were given a total of 35 stars, only one star less than a perfect score.
According to its website, the ITI evaluates an average number of 1,500 products per year and certifies those that achieve acceptable performance levels with the highest possible rating of three stars. The event was established in 2005, and all the products are blind tasted.
Taiwanese tea farmer Chang San-wo, who harvests his tea on Hehuanshan, told CNA that all his products are organic and that he has received the Superior Taste Awards seven years in a row. He described tea manufacturing as an art form and said the key to adjusting the bitterness of the tea is prolonging the oxidation of the leaves.
The tea farmers said they are planning to organize a team to promote Taiwanese tea products to international buyers. They expressed confidence that tea manufacturing will develop into one of the country's gold industries with help and guidance from the government.
Source: Taiwan News
Lillian Lee (lillianlee@taitra.org.tw)