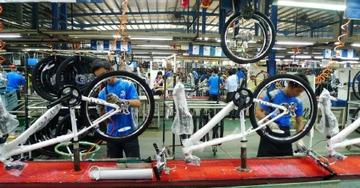 According to Yuanta analysts, Taiwan’s leading bicycle maker and bicycle chain maker are set to gain from the rising demand for mid to low-end bicycles and strong sales growth of high-margin electric bicycles.
Based on bicycle suppliers’ estimates, the demand for e-bikes is expected to grow by a compound annual growth rate of 10 to 11% in the four years from last year, the Taipei Times reported. Annual sales in the EU and the US are likely to increase to between 4 million and 4.1 million units in 2022, compared with 3 million units last year.
Source: Bike Europe
Alice Huang (alicek576@taitra.org.tw)