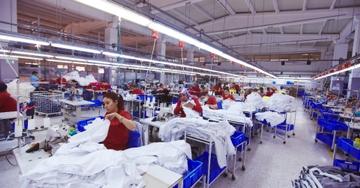 Taiwanese textile companies in Vietnam are looking for new “blue oceans” as competition becomes stiffer amid the protracted U.S.-China trade dispute that has prompted manufacturers to flee from China to Southeast Asian markets.

The textile industry is among those most affected by the trade conflict, as China plays a major role in the sector's supply chain, reported Central News Agency. Toung Loong Textile, a Taiwan-based fabric company, said its business in China has been disrupted due to uncertain trade prospects over the past six months.

Taiwan has been a leading supplier of functional sportswear for a number of the world’s biggest brands. Vietnam, thanks to its preferential tariff treatment for textile goods, used to be a prime choice of production base for the island’s industry players.

The situation has changed, though, as a growing number of companies are scrambling to shift production lines to the nation to avoid fallout from the trade war. This has made the market ever more saturated, said the report.

According to Justin Huang, secretary-general of the Taiwan Textile Federation, Vietnam has a population of 100 million. As manufacturers from the electronics, machinery, and plastics sectors keep pouring in, it has become more and more difficult to recruit workers and secure land, wrote CNA.

Among those planning to find an alternative base is Ruentex Group, which is eyeing Cambodia, Myanmar, and even African nations such as Ethiopia. The company said, though, that it does not rule out the possibility of returning to Taiwan for investment in the automatic manufacture of ready-to-wear products, said the report.