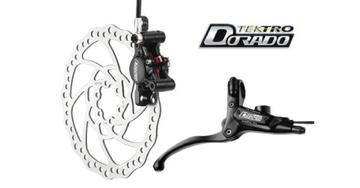 The transformation of the Taiwanese industry from producing traditional bicycles and the appropriate components to e-bikes is in full swing.
“Traditional bicycles are becoming e-bikes and that requires an all new approach to production, distribution and marketing,” says Taiwan Bicycle Association (TBA) chairman Michael Tseng. “The Taiwan industry is now fully focused on e-bike engineering as we continue to strive our best to cover the needs of the global market.”
In the first nine months of this year the country’s e-bike export skyrocketed by over 130 percent as reported by this trade journal last week.
This increase in volume also requires fundamental changes at components suppliers.
“E-bike frames are more complex compared to the ones for regular bicycles. This caused lead-time delays in the past,” says Alex Lin of frame manufacturer Sunrise at a media event for which the company opened its doors last week. “Production is now at full speed again after we have gone through a learning process of this complex product. It’s no problem for us anymore to fulfill the required lead-times.”
Even the in-tube frames are no longer a production issue for Sunrise, claims Alex Lin. “Cutting the down-tube to make the opening for the battery is now just one of the steps in the process, no longer a complicating issue.”
“Compared to regular bicycles, it takes three times longer to assemble an e-bike,” says Fritz Jou, President of Fritz Jou Manufacturing. “This also applies to many e-bike specific components.”
Fritz Jou has solved this issue by implementing ‘smart manufacturing’ using a one flow production line. This includes RFID (Radio-frequency identification) tags in all stages of the production as well as QR codes for the parts and components’ tracking system.
“E-bikes are changing the dynamics of our industry completely,” says Fritz Jou. “That’s why we have implemented these systems, which I refer to as ‘bike e-plus’. For assemblers and component suppliers it takes too long to learn about technical or design issues in the market. The implementation of RFID tags and QR codes should end that situation.”
Others, including brake system manufacturer Tektro, focused their product development on e-bike components.
“Our recently launched rotor which a thickness of 2.3 millimeter has been specifically designed for e-bikes,” explains Dirk Belling, Tektro/TRP global marketing & brand director. “While we also invested in robotization to reduce lead-times and improved quality control. To increase our market presence in the growing European e-bike market we will soon open a service and sales office in Frankfurt, Germany.”
Source: Bike Europe
Lillian Lee (lillianlee@taitra.org.tw)