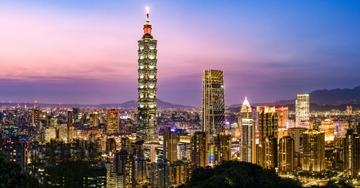 Despite not having diplomatic relations with Israel, Taiwan is keen on tightening economic cooperation.
Taiwan is a global powerhouse in the information technology (IT) and electronics sector and is regarded as the most technologically advanced computer microchip maker in the world. In fact, two Taiwanese companies - TSMC and UMC - hold 65% of the global market share for chip manufacturing. It also has the 20th largest economy in the world according to gross domestic product (GDP), almost four times the size of that of Israel. So how is it that Taiwan was ranked only 19th among all countries as an Israeli export recipient in 2018?
Israel's startup nation expertise is seemingly perfectly complementary to Taiwan's manufacturing prowess, but trade between the countries over recent years has been stagnant, standing at a little over $1.5 billion per year. The fact Israel has no diplomatic relations with Taiwan, which recognizes Israel, but does not officially conduct relations due to Israel's recognition of the People's Republic of China, is likely the main reason behind the sluggish economic trade.
Taiwan is, however, keen to change that, opening last year a branch of the Taiwan External Trade Development Council in Tel Aviv, known as TAITRA, specifically aimed at promoting technological collaboration and innovation activities between Taiwanese companies and the Israeli startup ecosystem.
Unlike TAITRA's other branches, which are focused on promoting Taiwanese export and trade, the Tel Aviv branch - Taiwan Trade and innovation center - was the first to be established by TAITRA’s management with the vision of promoting technological collaboration and innovation activities. During the past year the team has been working on learning both countries' strengths, sharing their insights regarding potential opportunities for collaboration, and assisting Taiwanese companies to engage with the Israeli startup ecosystem.
Source: calcalistech
Wayne Lin waynelin@taitra.org.tw