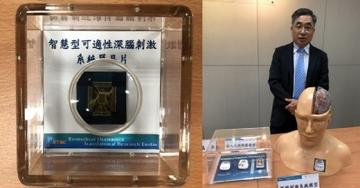 Chips produced by Taiwan Semiconductor Manufacturing Company (TSMC) are being utilized in a new treatment for Parkinson’s Disease (PD) with positive results.
The Linkou Chang Gung Memorial Hospital has joined with National Chiao Tung University’s (NCTU) Institute of Electronics to develop a new type of deep brain stimulation (DBS) system for patients suffering from the degenerative disorder, reported CNA. The DBS is used to deliver electric pulses to target areas of the brain’s circuitry, disrupting abnormal activity that causes motor complications in Parkinson’s patients.
Sponsored by the Ministry of Science and Technology, the smart DBS generates electrical impulses prompted by the unique biological signals detected from patients’ brains. The system is hailed as an advancement in precision medicine as it customizes stimulation according to a patient's symptoms, which may include shaking and difficulty walking.
Not only does the approach offer personalized care, but it also has proven to be effective in improving patients’ conditions by 35 percent. Meanwhile, the TSMC-made miniature, rice-sized chips are energy-efficient, consuming just half the power normally required, according to Ker Ming-dou, a distinguished professor at NCTU's Institute of Electronics.
Traditional DBS treatment costs around NT$1 million (US$34,059) and requires battery replacement every four to five years, each time costing NT$400,000 to NT$500,000. The new system operating with TSMC chips will help cut down the financial burden of Taiwan’s Parkinson’s patients, who spent a total of NT$100 million on batteries alone last year.
The system will enter human trials later this year and is expected to be available for purchase within three to five years following safety checks, Ko added.
Source: Taiwan News
Iris Yu (iris.yu@taitra.org.tw)