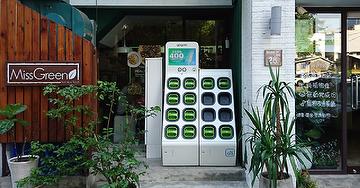 The Taiwan government on Dec. 21 proposed an action plan on air pollution with a timetable to ban the sale of non-electric vehicles by 2040. The plan is aimed at cutting the emissions by mobile polluters that account for as much as 37 percent of domestic pollutants.
According to the timetable, the government is committed to banning the sale of fossil fuel motorcycles by 2035 and fossil fuel cars by 2040.
The goal of the action plan is to build on coordination between government agencies and identify pollution sources that need to be jointly addressed by central and local governments to "cut by half the frequency with which red air quality alerts, which indicate severe air pollution, occur in 2019," said Taiwan Premier Lai Ching-te.
On mobile source emissions, the government is working to push through the legislature an amendment to the Air Pollution Control Act that will establish strict emissions standards on 1.5 million motorcycles powered by two-stroke engines and 80,000 older diesel-powered cars in the hope of accelerating their retirement, according to the proposal.
Lai said the government will take the lead by replacing all government vehicles and public buses nationwide with battery-powered vehicles by 2030.
The government also rolled out a program to provide loans at preferential rates for fleet owners to encourage them to scrap older, higher polluting heavy trucks and larger capacity buses at a faster rate than normal attrition, according to the proposal.
Blake Lin (blakelin@taitra.org.tw)
Photo credit: Gogoro
Source: Focus Taiwan