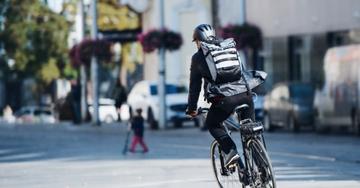 The coronavirus pandemic is driving up global demand for bikes.
The soaring demand has caused Giant, the world’s largest bicycle manufacturer, to operate at full capacity, said Bonnie Tu, chairwoman of the company.
While part of the company’s supply chains have been disrupted due to the fact that many of its factories are based in China, it is expected to see its productivity boosted when a large factory in Hungary begins operations in late June, according to UDN. The project reflects a shift among Taiwanese manufacturers to reduce reliance on China and move closer to consumer markets, wrote AFP.
Taiwan has also experienced a surge in demand for its electric bikes. Last year's exports, totaling US$863 million, were mostly shipped to Europe, while e-bike exports during the first four months hit a record high of US$301 million, posting year-on-year growth of 23.6 percent.
In March, sales of bicycles, related equipment, and repair services in the U.S. doubled compared to the same period last year, according to market research company N.P.D. Group. Bike-share company Nextbike, whose business is centered on Europe, reported a 35-percent rise in annual ridership in April, wrote Fortune.
Resource: Taiwan News
Lillian Lee (lillianlee@taitra.org.tw)