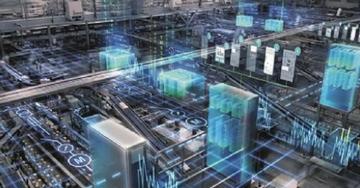 The amendment stipulates that businesses that invest at least US$31,898 (NT$1 million) in smart machinery or 5G-related equipment, technology or services between Jan. 1 and Dec. 21, 2022, and meet relevant requirements can apply for investment tax credits.

Businesses could choose between a one-time 5 percent reduction to their income tax that year, or a three-year 3 percent tax cut, but cannot change their decision, it says.

Tax credits cannot exceed 30 percent of a firm’s tax liability for the year, it adds.

In response to a global wave of Industry 4.0, the government should act within the next three years — a crucial period in the development of smart manufacturing — the Ministry of Economic Affairs said in its legislative advice.

The short-term tax incentive could encourage companies to introduce digitization to increase production capacity and drive the construction of a 5G environment to realize smart living, it said.

In cross-caucus negotiations yesterday, Chinese Nationalist Party (KMT) caucus whip William Tseng asked the ministry to explain how many companies would be eligible for tax credits, as well as the amount of investment and losses in tax income that could be expected.

The tax credits would encourage up to an estimated investment of NT$100 billion a year, Industrial Development Bureau Director-General Leu Jang-hwa said.

Although the government would initially lose tax revenue, employment taxes would increase due to “highly knowledge-intensive” workers, he said, adding that there would be an expected net benefit of NT$24.56 million.