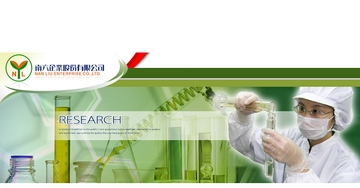 The spunlace nonwoven fabric factory of Nan Liu Enterprise Co. Ltd. in Taiwan will be the first of its kind in Asia. In China alone, there are over 300 nonwoven fabric manufacturers, and Nan Liu’s new factory in Pinghu in Zhejiang province boasts the highest production capacity in the nation with the net interest rate of a single plant at 10%. Once the new Nan Liu plant in Yanchao County, Taiwan is completed, both the scale of production and revenue will be greatly expanded. In time, Taiwan will surpass Iran to be the global leader in spunlace nonwoven fabric production.
Nan Liu Enterprise Co. Ltd. established a factory in Pinghu, Zhejiang in China. Although China is a red ocean market, Nan Liu will nonetheless utilize production quantities, flexible operation methods and diverse and customizable production strategies to appeal to the Chinese customer base.
Huang Qingshan, the chairman of Nan Liu, says that the Pinghu plant’s net interest rate in China hovers around 10%. This rate is achieved through automation and man-machine integration during the manufacturing process. Intelligent machines can detect production errors which can then be troubleshooted by human workers. The warehouse operates with an intelligent “first in, first out” system.
Taiwan’s new plant in Yanchao County will be completed by the second half of the year. Japanese customers will be coming to the Yanchao location to inspect the factory. In the second half of 2019, full production capacity will be achieved as larger and larger orders are expected to be placed. The enhanced automation capability of the Yanchao plant will bring greater revenue and economic performance for the company.
Contact Info: nanliu@nanliu.com.tw
Website: http://bit.ly/2NvdtPe
Source: Liberty Times