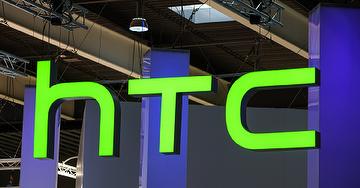 HTC has announced a diagnostic tool inspired by the medical tricorders used by the doctors in the Star Trek universe.
Named the DeepQ, the device is capable of accurately diagnosing 13 health conditions. It is designed to be user-friendly and everything is controlled via a smartphone.
HTC developed the real-life tricorder with Dynamical Biomarkers Group, headed by Harvard Medical School Associate Professor Chung-Kang Peng, Ph.D.
In April, DeepQ was awarded a US$1 million 2nd-place prize at Qualcomm Tricorder XPRIZE, a major international competition with a US$10 million prize pool.
DeepQ is lightweight and wireless. It leverages advanced mobile, wireless and medical technologies, as well as AI, said Edward Chang, president of the healthcare research unit at HTC.
HTC is working to commercialize the DeepQ, Chang noted.
HTC's healthcare research unit has a team of 60 working in Taiwan, the US and China. The team has 20 members engaged in the development of AI and cloud computing products, Chang added.
Source: DIGITIMES
Lillian Lee (lillianlee@taitra.org.tw)