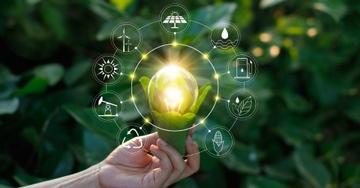 Green energy will become an economical low-carbon energy system to better efficiency in power usage and support Taiwan's economy in the future, according to Chen Yen-haw, a deputy general director at Taiwan Institute of Economic Research (TIER).
Cost for generating renewable energy is lower than that using fossil fuel, said Chen at a forum hosted by Schneider Electric.
The Taiwan government aims to hike the proportion of renewable energy to 20% and lower that for coal to 30% in 2025.
Schneider said that in 2017 it adopted industrial IoT technology to integrate IT and OT (operational technology) at its factory in Batam, Indonesia, for monitoring operation and predicting maintenance and has hiked operational efficiency by 12%.
Source: DIGITIMES
Wayne Lin (waynelin@taitra.org.tw)