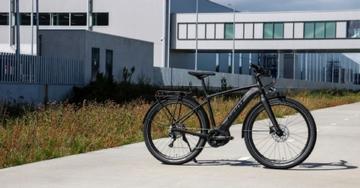 Giant Manufacturing Co. is expecting to sell about 600,000 e-bikes this year. If the company actually lives up to this expectation, it will exceed outlooks previously expressed by the company’s chairwoman Bonnie Tu. The sales success comes while Giant is investing heavily in its second production facility in Europe. This new plant in Hungary is focused on assembling e-bikes and production is planned to start this fall.
Listed at the Taipei, Taiwan stock exchange Giant Manufacturing Co is quickly catching up with the biggest in e-bikes. In 2018 Giant shipped about 385,000 e-bikes; close to doubling the number recorded a year earlier. Last Monday the company reported that it had sold 290,000 electric bikes in the first half of the year and aims to sell more than 310,000 units in the second half of 2019. With this year’s total aimed at 600,000 the company’s sales growth will stand at 56 percent compared to 2018.
Last March at the Taipei Cycle Show, Bonnie Tu said to expect that the company’s sales of electric bicycles were to grow by 30 percent this year and to contribute up to 25 percent of its total sales; up from last year’s 19 percent.
Highest monthly sales
What the Giant Manufacturing Co. also reported earlier this week is that its sales grew by close to 5 percent in September to TWD 6.01 billion (177 million euro). It’s the highest monthly sales figure recorded this year which is thanked mostly to the introduction of new traditional and electric models. For the first nine months of 2019 Giant’s cumulative sales rose by 5.1 percent year-on-year to TWD 47.66 billion (1.4 billion euro), with e-bikes contributing about 20 percent of the total, company data showed.
48-million-euro investment in Hungary
Giant’s confidence in the further growth of its e-bike sales is demonstrated by the high investments that the company has in mind for its new Hungarian factory. It involves a long-term investment plan which is to be carried out in three phases. The first phase is about an estimated capital spending of around 15 million euro. Eventually, after the three phases are completed the total investment is estimated to stand at 48 million euro. Initial production capacity is planned to be around 300,000 units and is focused on core European bicycle and e-bike models.
Source: BIKE europe
Lillian Lee (lillianlee@taitra.org.tw)