Giant Group revenue up 18% through Q3 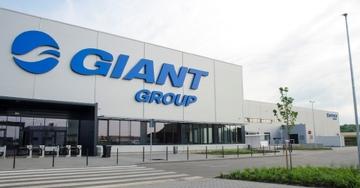 Giant Group sales for the first three fiscal quarters of 2021 totaled NT$61.94 billion ($2.23 billion), an 18% increase over the period last year.
Giant said the lack of components affected overall production in the third quarter, while increased component costs and logistics costs also affected profits.
In the quarter, sales were NT$19.95 billion, an increase of 2.5% over last year, while net profit after tax was NT$1.28 billion for the quarter, a decline of 13.6% from a year ago.
"Both Europe and North America markets Giant Group saw double-digit revenue growth in local currencies for the first three quarters compared to last year," the company said. In the Chinese market, sales growth was about 10%. E-bikes grew 37% over the three quarters and now account for about 31% of the Group's business.
Giant said it expected sales to remain strong as retailers and suppliers look to rebuild inventories over the winter. However, it said component suppliers and shipping logistics will continue to impact deliveries.
"Giant Group will continue to utilize its procurement and production advantages to maintain overall production output to fulfill market demands," the company said.
Alice Huang (alicek576@taitra.org.tw)
Source: Bicycle Retailer and Industry News