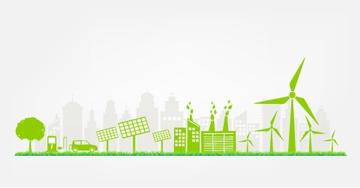 City University of Hong Kong president Way Kuo said that the Taiwanese government should find the most suitable balance among “seven energy sources” on July 16, the Liberty Times reports.

Invited by ASE Cultural & Educational Foundation, Kuo, who is an elected member of Taiwan's Academia Sinica, gave a talk on Taiwan’s energy policy at Taipei University of Technology. He called on the government to decrease the country's reliance on coal plants and find a long-lasting ratio for the “seven energy sources,” which include hydro, thermal (fossil fuel), nuclear, wind, solar, biomass, and other power sources.

The academic mentioned in his speech that 86 percent of the electricity in Taiwan comes from thermal power and that emissions of PM2.5 -- particulate matter less than 2.5 micrometers wide -- are twice or even three times the world average, leading to 6,000 to 10,000 deaths in Taiwan per year. The health hazards caused by thermal power plant pollution are severe and require immediate attention, he argues.

When it comes to nuclear power, Kuo believes that there is still no consensus in Taiwan on whether to abolish it or not. In order for Taiwan to become nuclear-free, Kuo estimated that non-thermal power sources must comprise at least 20 percent of the country's power, which is hard to attain due to geographic constraints and the lack of public support. Considering that the demand for power will increase 15 to 20 percent in the coming decade, as predicted by Kuo, the top priority for Taiwan’s energy policymakers should be the removal of coal-powered plants, he added.

Kuo said the government should comprehensively take efficiency, safety, sustainability, the environment, reserve capacity, impact on the economy, and economic value into consideration when revising its energy policy. He added that the ideal combinations of energy sources differ from country to country and that the Taiwanese government should begin looking for the one most suitable for the island.