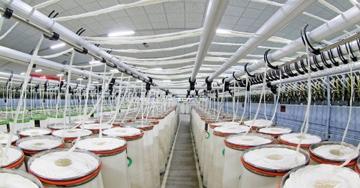 Eclat Textile Co., one of the leading garment and fabric suppliers in Taiwan, is planning to invest US$170 million in Indonesia, a move that is expected to expand the manufacturer's global production map and boost production capacity.

A board meeting held Tuesday approved a proposal for Eclat to pour the funds into Indonesia in three stages starting from October, the company said, adding that the investment aims to roll out products for the Association of Southeast Asian Nations (ASEAN) market and the China market.

Eclat said the investment in the first stage will be completed by the end of 2020 to build a garment factory that will produce 1 million units per month.

That will be followed by the second stage, which will start in 2021 to build another garment plant, also with a monthly capacity of 1 million units.

The investment in the third stage will involve the building of a weaving mill with a monthly capacity of 1 million kilograms, Eclat said.

Eclat said construction of the weaving mill is scheduled to start in two years, and before the work starts, the company will map out details about the investment through possible suppliers with the aim of setting up a comprehensive supply chain for its Indonesia plant during the two years.

Currently, Eclat has overseas production sites in Vietnam, Cambodia and Lesotho. The textile maker said the investment in Indonesia is expected to help the company diversify its risk.