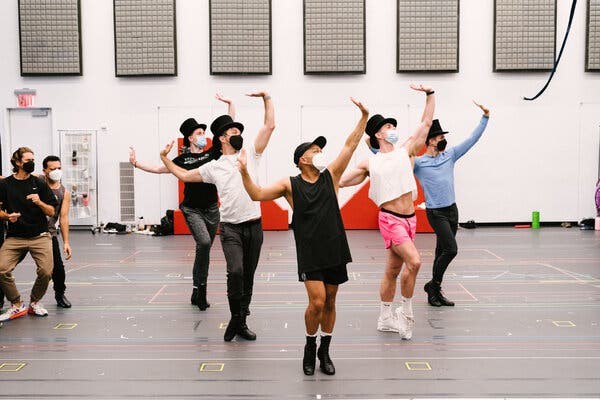 After theaters across the world shuttered their doors in 2020, preoformers and audience members alike entered a world without live theatre. In New York, theatre closures not only put thousands out of work, but meant the indefinate closure of a cultural touchstone. Neadless to say, Govener Como’s announcement that Broadway was to reopen in September, was met with excitement, but also trepidation.  Critics questioned the city’s ability to reopen the most covited theatres safely and successfully. Those concerned cited Britain and Australias rough transtition from closures to reopenings, “Broadway is, even during boom times, a high risk-business in which most shows flop; now producers face even more daunting odds” wrote the New York Times theater reporter Michael Paulson.

To address these concerns, Broadways reopening has arrived with a number of changes to the business. The largest change, to ensure the saftey of preformers and audeience members, is a vaccination requirment for everyone 12 and over. This, coupled with newly hired Covid-19 safety officers who are responsible for overseeing frequent testing of employees, has changed many of the logistics involved in putting on a show. If any person involved in a show tests possitve, they are automatically required to quarentine for 2 weeks. Actors and stage crew’s negative covid test results hang in the balance each week as performers reherse and perform.

In conjunction with New York’s theatres battling covid health conerns, performers and staff needed to readapt to a grueling proffesional performance shcedule. Shows which typically run 8 times a week require hightened physical and mental stamana. For preformers, this has meant retraining their bodies and voices after over a year without preforming. In response, theatre companies have impemented medical programs dubbed “prehabilitation” focused on preparing preformers’ bodies and voice for a show. These programs are designed to prevent injuries as performers push their bodies to return to tip-top shape.

Whether New York Theatres will be able to reopen and stay open, as the US continues to grapple with the COVID19 pandemic is yet to be determined. However, as audiences pour into theatres and preformers take the stage again, it will not be without significant and noticable changes to the industry.