Another four firms to invest in Taiwan: ministry 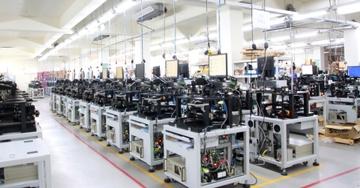 The Ministry of Economic Affairs recently said it has approved US$16.09 billion in investments as another four companies joined a government program aimed at boosting investment in the nation.

As a trade dispute between the US and China continues, the ministry has approved 102 companies returning to invest in the nation, providing up to 43,900 job opportunities, while another 50 companies are waiting in line.

Jexsee Electronics Co Ltd, which specializes in the production of TVs, plans to relocate production from China and invest more than NT$1.5 billion by setting up a smart production plant in Taichung Industrial Park. The company is to create an estimated 300 jobs.

The world’s second-largest manufacturer of hinges used in laptops, display panels and other electronic devices, Jarllytec Co Ltd, plans to invest NT$1.8 billion to set up a new plant in the New Taipei Industrial Park and create an estimated 70 job opportunities.

With US President Donald Trump recently announcing another round of 10 percent tariff on US$300 billion of Chinese goods, the Bureau of Foreign Trade warned of a bigger impact on Taiwan’s economy, which depends heavily on exports.

However, the textile industry would suffer less of an effect as a majority of companies have relocated production sites from China, the bureau said.