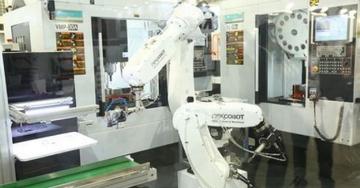 Taiwan’s machinery sector could become a beneficiary amid an escalating trade war between the U.S. and China that has evolved into a currency war.

Taiwan’s machinery businesses may suffer in the short term due to the fallout of the trade dispute between the world’s two largest economies, but they are likely to profit in the long term from the sale of smart machinery. The smart equipment Taiwan manufactures is considered to boast a lower price/performance ratio and is thus more desirable, said Ko Pa-hsi, chairman of the Taiwan Association of Machinery Industry (TAMI).

Ko made the remarks when attending an exhibition held by the Ministry of Economic Affairs’ Department of Industrial Technology on Aug. 6, reported the Central News Agency (CNA).

Despite the 6.2 percent drop in machinery exports in the first five months of the year due to trade fears, Ko reckoned that burgeoning demand for smart industrial machinery can be expected in an era defined by an aging society, automation, and business “smartization.”

With Taiwanese businesses in China relocating to invest back home, such as by opening new factories, Ko suggested that it is an opportune time for the island’s machinery manufacturers to promote their merchandise amid the anticipated rise in demand, wrote CNA.